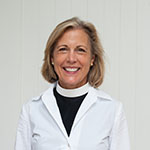 This is an especially poignant Mother’s Day for me. The youngest of our four children are our twin daughters. Today, one of them will graduate from The University of the South in Sewanee, Tennessee, and tomorrow, the other will graduate from Wake Forest University in Winston-Salem, North Carolina. Our two sons have been settled and working in San Diego and Denver, respectively, for the past couple of years. We have visited each of them within the past few months, and, although we joke that it’s hard to keep up with four children in four different time zones, that’s more true than it is funny.

At least while the girls (who are actually beautiful young women) were still in college, I had the illusion that we had some idea of where they were and what they were doing…that they were in places where, if something happened to them, someone would feel obligated to call us…that they were still tethered to us in some reassuring way. I know from our experience with our sons that that illusion becomes less and less convincing.

The graduations today and tomorrow emphasize that I am now the mother of four grown children. And I worry more than ever about how far away they are, how much about their lives I don’t know, and how very little I could control even if I did. I fret more than ever about the things I didn’t teach them or tell them or do while they were still under our roof. I pray more than ever that they know how much I love them.

“Do not let your hearts be troubled.” In today’s gospel, Jesus reminds us as well as the disciples that God is present in whatever dwelling place we and those we love find ourselves. His words are especially heartening to me today. God’s presence extends to all people and circumstances and places wherever they are and whatever happens to them – and that includes, of course, our beloved children. It is far more comforting than anything I ever did or can do for them. I may not stop worrying, or fretting, or praying, but Jesus’s words greatly console me. Whatever you are facing, I hope that they do the same for you.